One of the biggest myths when it comes to learning braille is that it will be too hard, but the truth is it doesn’t have to be. Most people who suffer from visual impairment have had it develop later in life, so learning a new “language” can seem pointless, especially with advances in technology. However, this simply isn’t the case.

Braille is a tactile reading and writing system, mainly used by blind people and those who are visually impaired. Raised dots are used to represent letters of the alphabet, punctuation, music, and even mathematical and scientific symbols.

Contrary to popular belief, braille is not its own language but rather an alternative set of symbols, like a code. Because of this, braille can be developed for any language.

Uncontracted braille is a simple transliteration of the alphabet and some punctuation. It’s often the first type of braille that someone learns and is very useful for labelling things like medicine or signs as it’s the most accessible. However, it does take up more space, so is rarely used for long-form text. 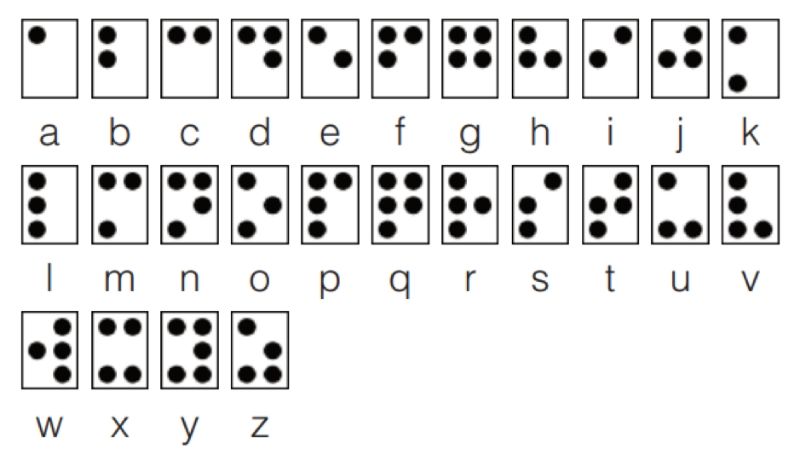 Contracted braille is more advanced and includes extra signs in order to make contractions and abbreviations. As a result, it uses fewer symbols overall to say something. Since it takes up less space and is quicker to read and write, it is the type most often used for writing such as books or newspapers.

How is braille written?

Each symbol is written within a “braille cell”, which is formed of six dots (or sometimes 8 for academic texts), in two vertical lines each of three dots. The combination of raised dots defines the letter or symbol. Using a six-dot cell, you can make 63 different combinations, ranging from using single dots to all six at once.

The benefits of Braille

The most obvious benefit of learning braille for those who are blind or partially sighted, is for literacy. As it includes punctuation and formatting, it can help them understand sentence structure, word formation and how text looks on the page in a way that audio books can’t; studies have shown that reading braille results in higher levels of literacy than simply using audio books.

Although technology can help, there are some things that it hasn’t perfected yet. Speech-to-text software is useful but often has trouble with accents and with certain aspects of the English language such as homophones, and even punctuation. Being able to write for yourself not only avoids issues like this, but allows you to take notes during meetings or classes, instead of needing to record everything to write up later.

Braille is useful for more than just reading books. Its most common use in fact is for labelling things in everyday life; from clothing to spices, from appliances to cleaning chemicals. Being able to label buttons or dials in the house, such as the thermostat or the TV remote, can make living with a visual impairment somewhat easier. It’s also useful when out and about, such as on toilet doors and public maps, though sadly it doesn’t appear everywhere yet.

It goes without saying that accessibility when it comes to reading or writing will lead to better opportunities. A survey conducted of visually impaired people by an American university found that those who had learned braille had much higher chances of getting a job. A lot of jobs have a visual element, like reading, or require a higher level of education, which is often reliant on someone’s literacy – which is improved by reading braille.

It can be hard to feel independent when suffering from any kind of disability. Learning braille can give not just intellectual freedom, but also a sense of personal and physical independence. Being able to navigate around one’s own home, work things yourself, even being able to make notes and grocery lists; these things can all make someone feel like they can be their own person and live their life without needing constant assistance.

Why the sighted and partially sighted should learn Braille 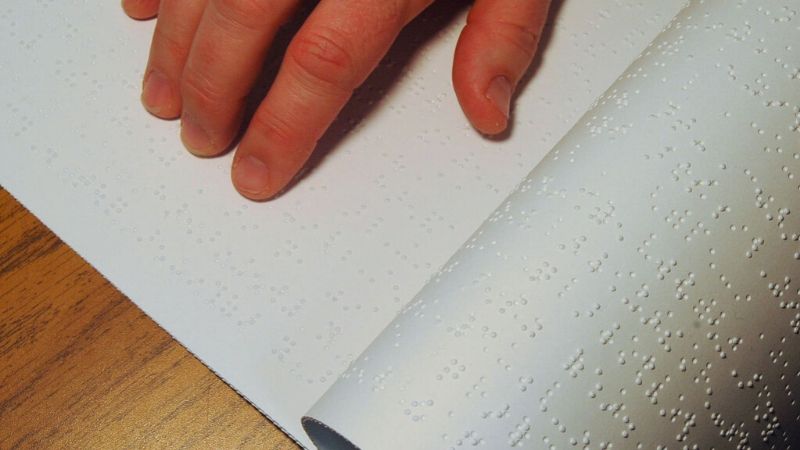 Just like learning sign language in order to communicate effectively with deaf people, if you have anyone in your family who is blind or partially sighted, then being able to communicate with them in their own “language” (as it were) will be appreciated. If an older relative is starting to lose their eyesight, then learning braille alongside them may make them feel less alone. It’s also useful if you run a business or intend to teach children – you never know who may come your way, and what their accessibility needs might be.

Learning some braille now can put you in good standing for later in life, should you find that your vision starts to deteriorate. There is often a lack of interest in learning later in life once vision loss has already started, probably due to the “negative” associations it has around getting old. But even knowing uncontracted braille (or even just the alphabet) can be helpful for labelling and similar.

There are other situations where one may not be able to use their eyes and, although they may only be temporary, it doesn’t mean that being able to read braille wouldn’t be useful. For example, when plunged into complete darkness (say, a power cut on a dark night) or when suffering from eye strain, or worse – such as suffering from an eye injury. Losing your sight, even when you know it is temporary, is jarring; knowing that you can have a “backup” way of reading can ease some of that stress.

For those who are partially sighted, they sometimes find that their eyes will tire quicker, or possibly that they have better vision on some days than on others. Being able to rely on braille can mean putting less stress on their eyes, which can help prolong what vision they have in the long run.

Should you find yourself in any of the situations described above, you’ll appreciate having some of that learning already under your belt! The more we do something, the better we get at it, and starting earlier is always better. If you find you suddenly need it, it will be easier to build on a base of previous learning.

Charities are a great place to start when looking for resources on learning braille. The Royal National Institute of Blind People (RNIB) offers self-taught and distant courses in uncontracted and contracted braille for adults, for both sighted learners and those learning by touch. They also offer a comprehensive primer for learning contracted braille, and even have a free library service, with over 30,000 braille books available to borrow!

The Royal Blind Learning Hub has a great range of free online teaching resources, as well as running seminars and events in Scotland, while The Sensory Trust offers guidance, resources and events, with a focus on creating accessible outdoor experiences.

The Hadley Institute for the Blind and Visually Impaired (a charitable organisation) is American-based but offers free online and distance courses for anyone with a visual impairment, and is currently the largest braille educator worldwide.

There are also many products which can help to make braille easier in everyday life as well as when learning. The RNIB shop is the best place to shop for useful things in the UK; from bump stickers and braille labellers, to books, games, and portable braille readers. They even offer braillers – machines that work like typewriters but emboss the paper with dots instead.

Using the services and products above, you can not only start on your journey to learn braille but help provide support for others who may need it!

At SuperCarers, we match people in need of care with experienced carers in their local area. Whatever your needs, we can find you vetted care professionals near you to help you live independently at home. Call us on 020 8629 1030 to find out more about home care.

You may be interested in our article about how to communicate with deaf people.