As the largest city in Hampshire, there’s a lot to see and do in Southampton. Although an historic port town, the city has also made extensive steps to make all its more popular attractions accessible to everyone. While the experience varies from place to place, the result is that more of the city than ever can be seen regardless of visitor needs.

For those planning to drop by Southampton, consider carefully these accessible attractions.

One of the most distinguished historical cities in Southampton, the Tudor House was originally constructed in the 14th century during the reign of King Edward III. The house passed hands over the centuries, before its reconstruction in the 16th century when the three separate buildings that comprised the property were combined into one large house.

The building now operates as a museum open to the public, including the impressive gardens on the outside the property. It details much of the history of not just the house and its families, but also the town of Southampton itself.

Since being repurposed in this way, a lift has been installed to allow wheelchair access to the various levels of the home. The only part that remains off limits to wheelchairs is the basement, which can only be accessed by steep stone stairs.

A touch model of the house can be provided for visually impaired guests, while audio-scripts of the guides are also available. 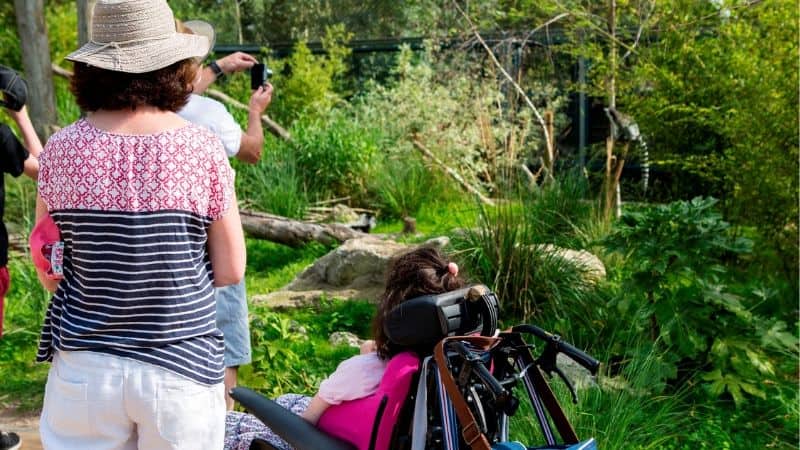 For animal lovers out there, do take the chance to step out of Southampton for a bit and visit Marwell Zoo. Found ten miles from town, the zoo is home to hundreds of animals from across the world, such as giraffes, tigers, bears, and wolves. It covers 140 acres, and allows visitors to get up close and personal with some of its more popular inhabitants.

Carers can visit the zoo for free with proper documentation provided, and wheelchairs are provided at the entrance, including all-terrain and bariatric wheelchairs. For hearing-impaired guests, induction loops are provided, and visually-impaired visitors can receive a sensory trail mp3. Assistance and guide dogs, provided they are leashed, are welcomed.

Found on Albert Road South, Solent Sky is a museum dedicated to aviation history, in particular the development of the aviation industry within Solent. It also hosts Air Training Corps National Museum. The museums contain a large collection of historical airplanes, documents, blueprints and military uniforms from across the ages.

The whole complex is accessible to disabled guests, with ramp and level access to all areas and disabled parking provided. Meanwhile, assistance dogs are permitted to attend.

There is a cost of admission to get into the museum, with £1 off offered to senior visitors. 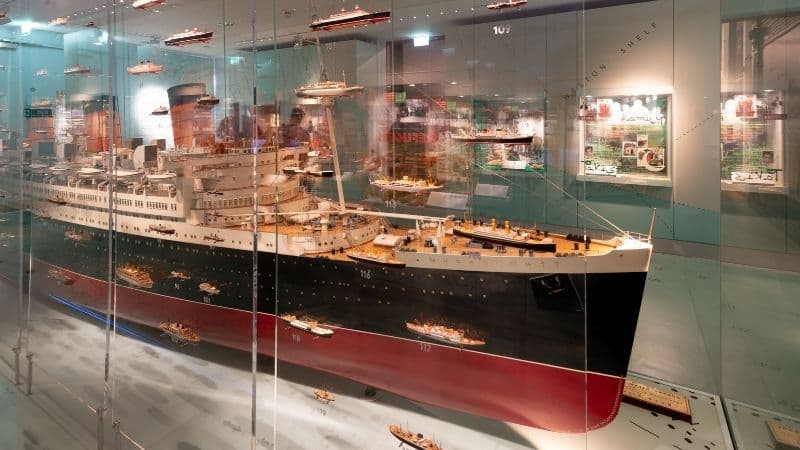 In its heyday, Southampton was home to some of the largest and most productive docks and ship builders in the country, with ships coming to port from across the globe. Although this maritime heritage is slipping into the history books, the Seacity Museum continues to celebrate it on Havelock Road.

From Roman traders who came to establish colonies in the province of Britannia, to medieval cargo hulks trading in French wines and Flemish textiles, to massive battleships being sent off to fight in Britain’s wars overseas, the Seacity Museum has something to cover all these topics and more. The multimedia experience tells the stories of Southampton’s role as the Gateway City through audio files, photographs, and written documents.

The city is also famous for being the port from which the RMS Titanic first set sail on her infamous maiden voyage. A special focus is also given the ill-fated vessel, which has its own exhibit in the museum.

All sections of the museum are accessible to wheelchairs, while hearing loops and large print media are available for hearing impaired guests. Reduced prices for concessionary tickets are also offered at the front desk.

East Park was built back during the prime years of Southampton’s role as a major port city. The gardens feature plants drawn from across the globe, giving it a varied and lush atmosphere whatever the season. The park has been added to frequently over the years, and as such it offers plenty to see and do whenever you want to get away from the town proper.

A cafe is located on the grounds, offering hot and cold drinks, as well as cooked meals, including vegan and vegetarian options. For those looking for light-hearted entertainment, there’s a minigolf course and a hard ground games area as well.

Flat, paved paths run across the park grounds, which means that most areas of interest are easily accessible regardless of mobility.

At SuperCarers, we will match you with experienced home carers in Southampton, whatever type of home care you need. Give us a call on 020 8629 1030 to find out more.