The ancient capital city of Scotland, Edinburgh, attracts nearly four million tourists each year, drawn by its beautiful buildings, strong Scottish culture, and international reputation. This is probably because Edinburgh still retains a distinctive identity and culture that continues to be enjoyed by all who visit it.

Even more impressive, the city has managed to achieve this while still providing high accessibility for all its guests, including those of older generations or who experience various disabilities. We’ve included five of our favourite accessible attractions that Edinburgh offers.

Built upon Castle Rock, the cragged remains of an ancient (and thankfully extinct) volcano, Edinburgh Castle dominates the city skyline as it has done for centuries. Although the exact date of its construction is unclear, it was used as the residence of the Scottish Royal Family until they moved into Holyrood House in 1633. Afterwards, it became a royal armoury, and is now open to the public as one of Scotland’s most popular tourist destinations.

Being an old and somewhat austere building, not all parts of the Castle are accessible to guests with wheelchairs. Specifically, the Royal Apartments, David’s Tower, Prisons of War, and the Military Prisons require use of stairs to access them. All other places, however, are accessible via ramps and slopes. Staff are always on hand to lend advice.

Additional materials, such as guides written in braille, are also offered. Carers enjoy free admission. Find out more about accessibility at Edinburgh Castle. 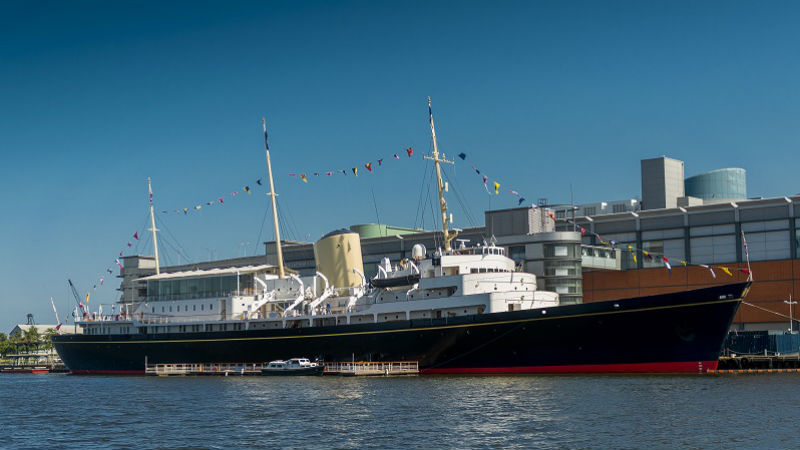 Formerly used by The Queen and the Royal Family as an ambassadorial vessel before it was decommissioned in 1997, The Royal Yacht Britannia has seen many distinguished and important figures step aboard during its history. Now it is open to the public as a tourist attraction, and can also be hired out as a private venue. Visitors get the chance to see how The Queen and other members of Royalty enjoyed life on the high seas, as well as how the Britannia was instrumental to Britain’s foreign relations during its years of service.

The Britannia is fully accessible to wheelchairs and people with dementia, with the staff on hand to help wherever they’re needed. Seating is plentiful across the ship as well, and any seat without rope may be used. Alternative tour guide materials for people with visual and hearing disabilities are also available. Find out more about accessibility at The Royal Yacht Britannia. 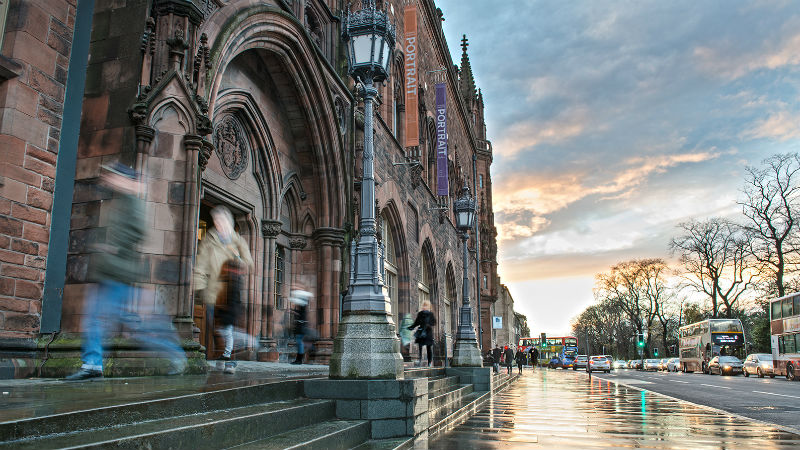 As one can reasonably guess from its name, the Scottish National Portrait Gallery is the country’s largest and most prestigious collection of art, portraits and sculpture north of the Tweed. As well as works made by Scottish artists, the gallery also boasts contributions from numerous international artists.

Although Victorian, its architecture draws more influence from the Gothic architecture of the 13th and 14th centuries and is situated on Queen Street. Admission is free of charge. The Gallery has seating throughout the building and is completely accessible to wheelchairs. Further, hearing loops and wheelchairs-for-hire are available as well. 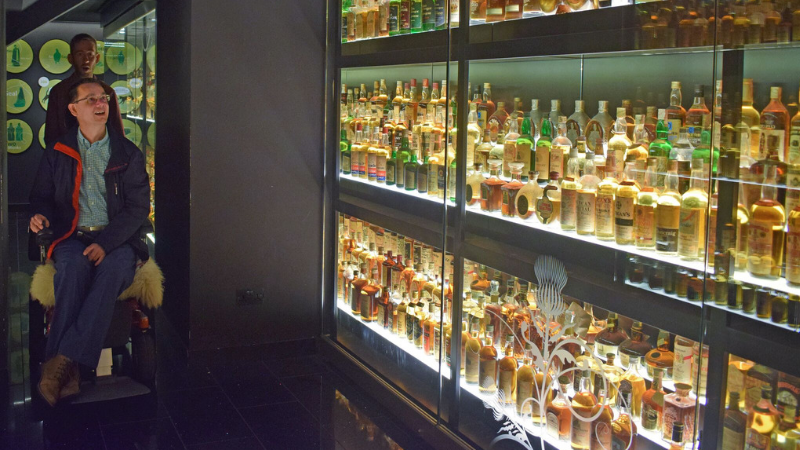 Widely regarded as one of Scotland’s most important imports, scotch has an important place in Scottish culture. As such no trip to Scotland’s capital could be considered complete without dropping into the Scotch Whisky Experience.

Found on the Royal Mile within a former school building, it’s home to the largest collection of Scotch whiskey – 3,384 bottles, kindly donated by a Brazilian collector who thought it only right that it should be stored in the country of its origin. Several tours are offered, each of which give varying degrees of coverage for the building and all of which include the chance to taste whiskey. Booking in advance is required.

A concessionary rate is offered for the Gold and Silver tours, while carers get an even more generous discount. They are, however, required to pay full admission for the Morning Masterclass and Platinum tours. Further, the Scotch Whisky Experience prides itself on being one of the most accessible attractions in the city, featuring everything from wheelchair ramps and lifts, audio guides, BSL/ASL tours, and water bowls for assistance animals. Find out more about accessibility at the Scotch Whisky Experience.

If you’d like to find out more about how SuperCarers can help you to find local home carers in Edinburgh, don’t hesitate to get in touch with our customer service team on 020 8629 1030. We’ll be happy to assist you in organising home care for yourself of your family.

You may also be interested in home care in Glasgow.