Top 8 ideas for a trip to London with your grandparents

Ah! London! The capital of the United Kingdom, a global financial centre, and home to Eastenders. If you’re looking to take your grandparents out for a day, you can certainly do far, far worse than a trip to the City, and indeed some 30 million people choose to do so each year. Given such a thriving tourist industry, it should come as no surprise that London offers lots of things to see and do.

There’s so many things we can talk about that it’d take a book rather than a blog post to fully cover, so we’ve chosen eight ideas for you to consider, should you decide to take your grandparents to visit Britain’s capital.

Home to the world’s most famous monarch, Buckingham Palace is one of the main go-to places to visit whenever you’re planning a major trip to London. Easily accessible by the London Underground and major bus routes, the Palace offers tours of its main state rooms – including the Throne Room – as well as the Royal Mews, where all the carriages are kept, and The Queen’s Gallery, which is where most of all artworks held in trust by the Crown are kept. All three require separate tickets, and advance booking is recommended due to high demand.

Because of all the ground that needs to be covered, including several flights of stairs, you may need to consider comfortable shoes before attending. All in all, a tour of the State Rooms can take 2-2½ hours. Be advised that you should only sit on designated seats as well. If anyone needS to sit down, ask an assistant for help. Audio-descriptive guides for the partially-sighted and video tours for the hard of hearing are also available. 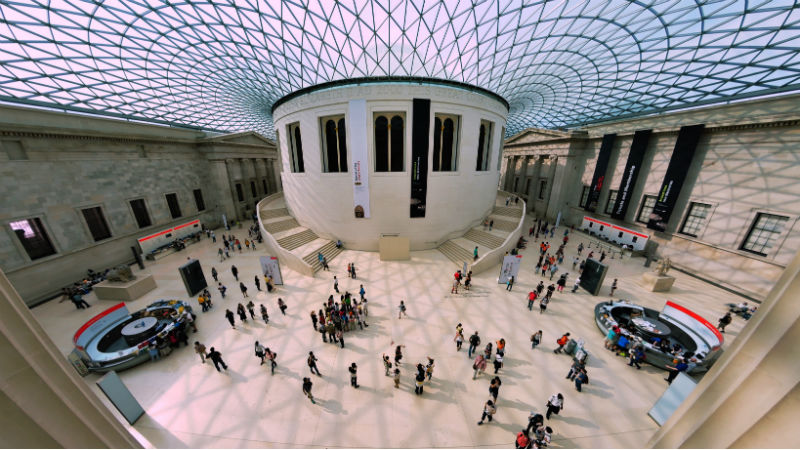 Attracting 6 million visitors each year, The British Museum is undoubtedly one of London’s most popular tourist destinations. The Museum is host to thousands upon thousands of historical artefacts that have been painstakingly collected, catalogued and preserved over the centuries. Whether you’re wanting to see primordial fossils, Egyptian mummies, medieval arms and armour, Chinese pottery, or relics from the war, chances are you can find it within the British Museum.

As you make your way around the museum, you’ll be surrounded quite literally by history. Don’t worry about any small print – audio descriptive tours, large print guides and audio enhancement loops are also available to those who need it.

The Great Russell Street entrance can look foreboding at first, but there are two access lifts either side of the stairs. The stairs also have a handrail for those who are just a little unsteady on their feet. Meanwhile, the Montague Entrance is completely level. Inside, the Museum is completely accessible for all levels of mobility, and uniformed staff are always available if you need assistance. 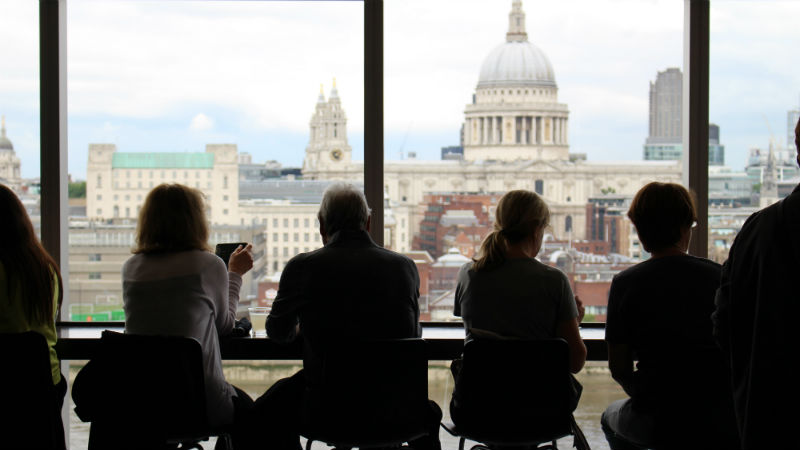 Housed within the former Bankside Power Station, the Tate Modern forms one of a family of modern art galleries within the UK. It houses a wide collection of modern and contemporary art from 1900 to the present day, and collected from both national and international artists. The gallery at large is free to enter, so it’s great for people looking for a budget trip to London. However, more prominent displays will have admission costs. Make sure you plan in advance.

Tate Modern is fully accessible with blue badge carparking available, as well as mobility scooters and wheelchairs available for hire at reception. Visitors with a disability can get a concessionary rate for some of the displays, while carers and companions get free admission. The gallery also offers a wide array of services and assistance for visually and hearing-impaired visitors, such as hearing aid loops and large-print guides. 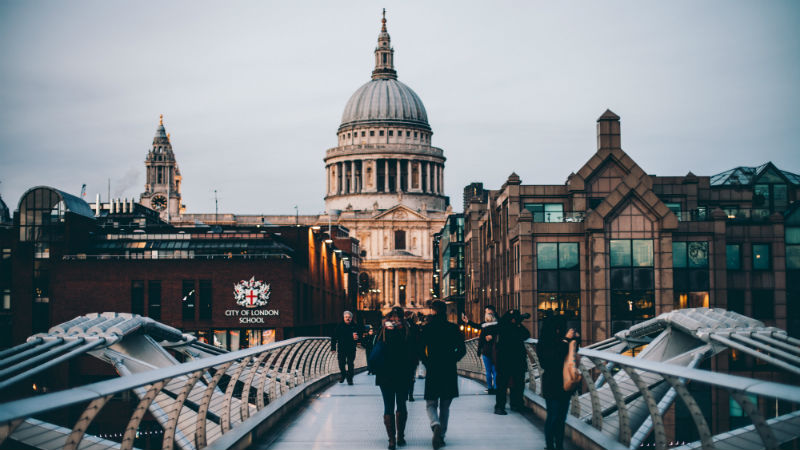 Seat of the Bishop of London and the Diocese of London, St Paul’s Cathedral famous domed roof once dominated the city skyline after it was built by English architect Sir Christopher Wren in 1675 during the reconstruction that followed the Great Fire of London. As one of London’s most famous early modern landmarks, it draws a very large crowd and is a fantastic example of Restoration-period architecture.

Efforts have been made to make the Cathedral accessible to visitors, and so the majority of its stairs have handrails or are able to be bypassed with lifts. Further guides for hearing and visually impaired guests are available, including tours conducted in British Sign Language. Parking near the Cathedral is at a premium, but it’s easily accessible by public transport.

5. The Houses of Parliament 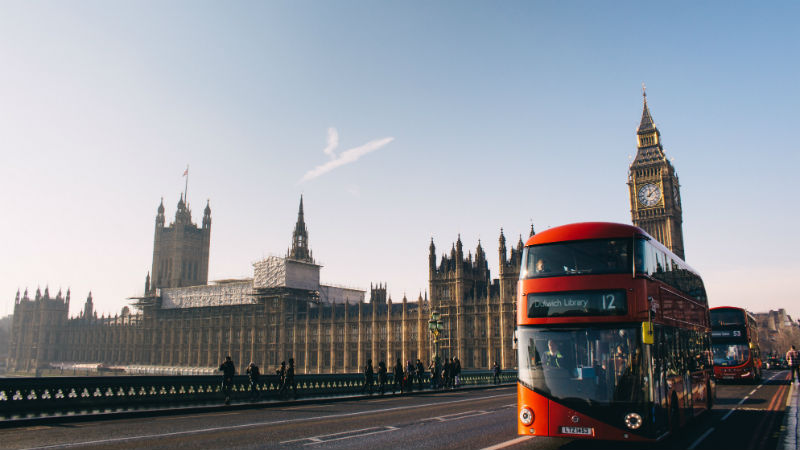 The Palace of Westminster is another must-see landmark of London no matter where you’re visiting from. Although the original Parliament building was destroyed in a fire in 1834, it has remained the seat of British governance for centuries and has been the scene of many famous events in British history.

While you can see the exterior of the building as much as you wish, actually getting into the Parliament building will require to either purchase a ticket in advance or be given one by your MP. Limited free admission can also be found to sit in the “Strangers’” gallery to watch MPs and the Lords debate legislature, but is very much a first come, first served arrangement.

Visitors with hearing aids can receive tours by using the T setting, and wheelchairs are available for hire from reception. Furthermore, most tours can provide alternative routes for guests in wheelchairs or mobility scooters. Wheelchair users must have a companion with them to help get about the complex. Tactile tours are also offered for blind and partially sighted guests, but must be booked in advance. 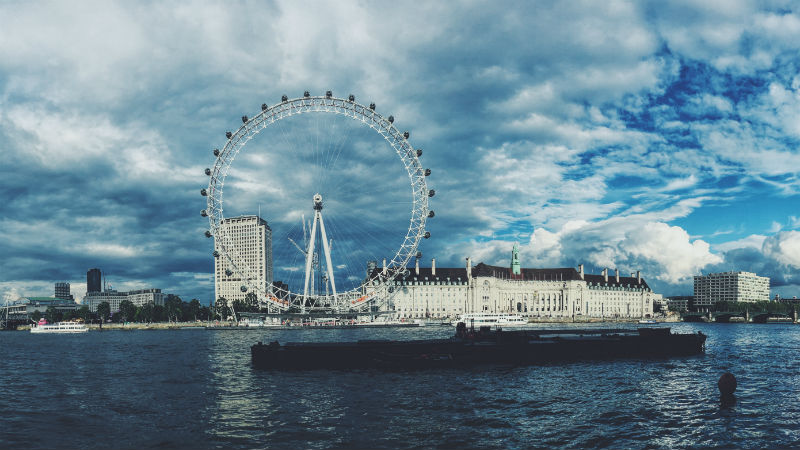 Now an iconic London landmark equally as famous as Elizabeth Tower, St Paul’s, or the Tower of London, the London Eye offers visitors a chance to see the city from 135m in the air. It is essentially a large ferris wheel, at the end of the day, but if you’re looking for unrivalled views of the City there’s few other places that can match.

Disabled tickets are offered and able to be booked in advance, and each capsule can hold two wheelchairs or mobility scooters at a time. While the Eye is usually in continuous motion, it can and has been stopped to allow elderly and disabled guests time to board and disembark safely. Keep in mind, however, that the width of the gate and boarding ramp is 37” wide. 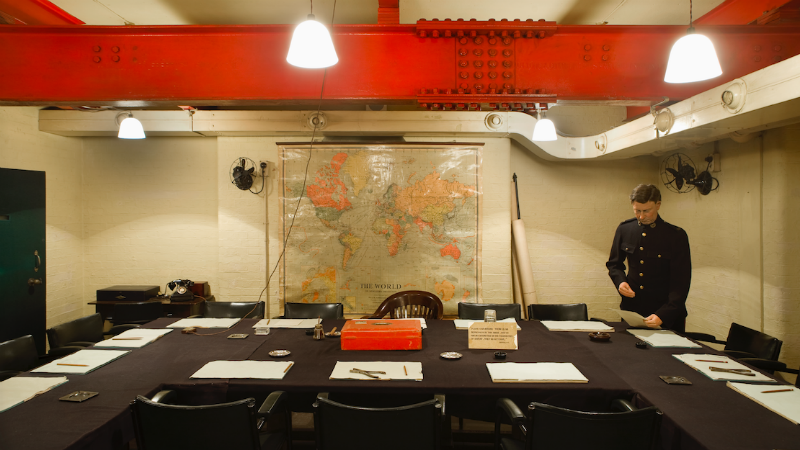 Deep beneath the streets of London, Churchill and his war cabinet decided the entire course of the Second World War and, subsequently, the history of the modern world. Now open to the public, Churchill War Rooms open wide the day-to-day activities that were conducted in these hidden bunkers, painstakingly recreated and preserved. Whether you’re interested in the British Bulldog himself, or simply curious about the unseen hundreds who helped Britain win the war in secret, there’s always something new to learn.

The bunker is accessible with a lift, and two wheelchairs are available for hire. For hearing impaired guests, an ear piece is available for the audioguide and a printed audio-transcript is also available. Guide and hearing dogs are welcome. 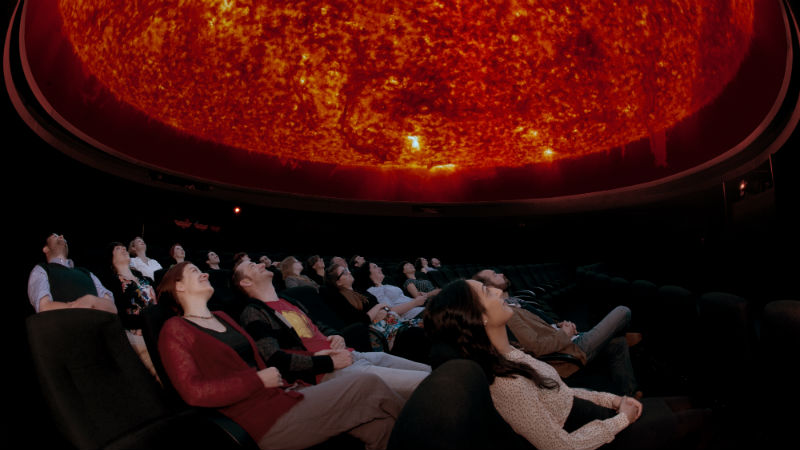 Built in 1675 at the bequest of King Charles II, designed and built by Sir Christopher Wren, and first operated by John Flamsteed, the Royal Observatory at Greenwich has for centuries been a centre of British scientific discovery. It would later form the centre of modern time keeping as well, with the Greenwich Meridian Line being found here.

The Observatory itself is no longer used, and the building operates entirely as a museum. Entry is acquired through a paid ticket, which can be booked in advance, with carers getting free admission. As well as tours and demonstrations of the Observatory’s history and role in British astronomy, there is also a garden and café that helps to create a much more laid back and relaxing visit.

Accessibility can be a bit of a challenge if you’re not planning ahead. The Observatory sits atop a rather steep hill, and there is no disabled access to the Grade I listed buildings. The Planetarium is accessible through a lift, but old and narrow corridors of the other buildings makes access with wheelchairs and scooters impossible. The café and gift shop, however, is fully accessible.

If you’d like to discover how SuperCarers can help you arrange home care by finding a trusted home carer in your area, don’t hesitate to get in touch 020 8629 1030. You can also find out more about home care options in London and live-in care in London with SuperCarers.